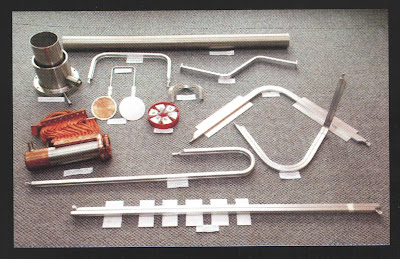 Bengaluru, May 25, 2016: Avasarala Technologies Ltd, head quartered in Bengaluru, today announced handing over 3000th Heat Pipe manufactured in Avasarala’s facility in Bommasandra to Padma Shri Dr. M. Annadurai, Director, ISRO Satellite Centre to commemoratethe long-standing relationship with ISRO.
Heat Pipes are very importantand critical components for Aerospace Applications for the spacecraft cooling and temperature stabilization due to their low weight penalty, zero maintenance, and reliability. Maintaining thermal uniformity is an importanttask with respect to orbiting satellites under adverse solar heating.
M.D & CEO T.T.Mani- Avasarala Technologies said “Today, Avasarala is one of the leading manufacturers of specialized and critical systems and components to Strategic Sectors under Make in India Program and we are extremely happy to receive
Dr. Annadurai to our facility and equally honoured to hand over our 3000th Heat Pipe to him endorsing our longstanding association with Indian Space Research Organisation (ISRO)”.
Knowing the strength of Avasarala, ISRO entrusted the challenging task of development of Heat Pipes for their Satellite programs, which were being imported in those days. Avasarala started working on the development of Heat Pipes in the year 2001 and successfully manufactured and delivered Space Qualified Heat Pipes in the year 2003. A dedicated facility was established at Bommasandra Industrial Area to meet the needs of ISRO. Since then Avasarala has supplied 2986 Heat Pipes to ISRO for their 58 programs of which 38 satellites have been launched. These have completed a cumulative of 179 Years in space with Avasarala supplied Heat Pipes. Avasarala started working with ISRO since 1997 for indigenization of some of the critical capital equipment for their requirements. Heat Pipes are used in Thermal Management of Electronics in Satellites; it is a Thermal Device which transfers heat efficiently from one location to another with minimum thermal resistance. This is a very critical and important component of a satellite. Avasarala expressed that it is exhilarated to be a strategic part of the country’s Space Program and other sectors like Nuclear Power, Defence Labs and Domestic and International R&D Programs. The company was promoted by 8 Technocrats, from Bharat Electronics with an objective of building capital machineries for import substitutes mainly for Electronic Industries. Apart from Strategic Sectors; Avasarala also caters to the needs of Automotive & Electronic Industries in India by supplying Automation Systems.