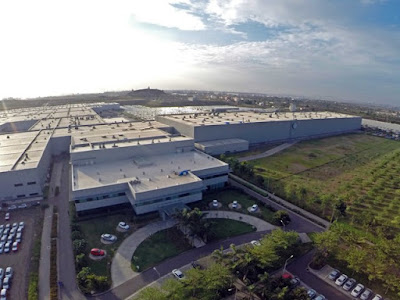 Pune: Volkswagen entered the Indian market with a long term commitment. With the investment in the new compact sedan, which has been specifically designed and developed for India, Volkswagen will add a new model to its product portfolio. The production of the compact sedan at Volkswagen Pune Plant is scheduled to commence in the first half of 2016.
India is one of the strategic markets for Volkswagen and the Indian automotive market is expected to be one of the largest by the end of the decade. “We are following a long term investment plan in India and with our latest investment we have reaffirmed our confidence in this growing automotive market”, said Dr. Andreas Lauermann, President and Managing Director, Volkswagen India Private Limited. Mr. Michael Mayer, Director, Volkswagen Passenger Cars India added: “With our new compact sedan, we will focus intensively on the specific requirements of our Indian customers.”
The investment of Rs. 720 crore  is towards development, setting up new equipment and ramping up the production of the new compact sedan. This is a part of the Rs1,.500 crore  investment that was announced by Volkswagen India at the beginning of 2014. Dr. Lauermann added, “This is the second step of investment after the Engine Assembly Plant a year ago. Additionally, we will continue to invest further in increasing our productivity and efficiency.”
Volkswagen Pune Plant is getting ready for the production of the new model with changes and installation of new equipment at its existing manufacturing facility in Chakan. The plant will start producing the new India-specific Volkswagen car from the first half of 2016 and its world-premiere is scheduled at the AutoExpo in February 2016.
With the latest investment in the new compact sedan, Volkswagen has now invested approximately Rs.5,500 crore  in India at the Pune Plant since it started its operations in 2007. Currently, about 3,200 employees are working at this manufacturing facility where the Volkswagen Polo, Volkswagen Vento and ŠKODA Rapid are being produced. “With the ramp-up of the new model, we will add more manpower and also create more jobs at our suppliers’ end”, said Dr. Lauermann.
Posted by Unknown at 21:40