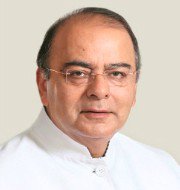 New Delhi:Union Finance Ministry has launched an e-Sahyog pilot project of Income-Tax Department to facilitate taxpayers to reduce their need to physically appear before tax authorities.
It was launched by Union Finance Minister Arun Jaitley at a function in New Delhi in line with Union Government flagship Digital India initiative.
Key facts about e-Sahyog project :
Aims to reduce compliance cost, especially for small taxpayers and provide an online mechanism to resolve mismatches in Income-tax returns. As part of the digital initiative, IT Department will provide an end to end e-service using SMS, e-mails to inform the tax assesses of the mismatch. Henceforth, by using this service taxpayers will simply need to visit the e-filing portal and log in with their user-ID and password. It will help them to view mismatch related information and submit online response on the issue without physically appearing before tax authorities. Apart from it, Union Finance Minister also launched a campaign to provide public service at peoples’ door step by holding special PAN camps in remote areas. Under the campaign, special camps will be held over for two days at 43 remote, semi urban and rural locations across the country. It is the first instance IT Department facilitating in such areas for obtaining of PAN card by persons residing.