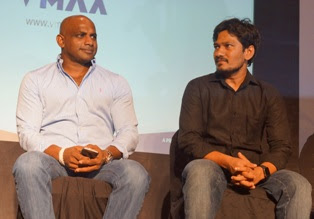 Bengaluru, October 11: After successful outcome in the previous year, Dumadu Games in association with the Government of Karnataka (IT), G2A and Vmax hosted India’s Biggest Gaming event Video Game Festival 2015. Bengaluru reveled in the second edition of the gala with gaming enthusiasts across the country coming to showcase their gaming talents and win whooping prize pool worth Rs 15 Lakh. The fest also showcased various exciting, fun-filled Established as well as Indie games for online PC gaming, mobile gaming and console gaming.
“The overwhelming response we received from participants, gaming developers and the industry stalwarts last year, motivated us to make a comeback in a much larger and enhanced way. It encouraged us to further continue using VGF as a medium to provide the gamers and developers from across the country the kind of exposure they deserve. We strongly believe that with the gaming interaction slowly booming in India, it is progressively creating a lot of job opportunities for these gaming aficionados,” said Mr. Narasimha Reddy, Co-Founder and Director of Dumadu Games.
After being announced as the Brand Ambassador of the Video Game Festival 2015 at the event, Former Sri Lankan Cricketer Sanath Jayasuriya said, “It is extremely delightful to be part of such an exciting event and watch so many talented gamers in their zone. Video Game has been almost every kid’s favorite hobby. VGF has proven to be the ultimate dais to showcase some of the extremely skilled gamers and developers. It is also creating abundant number of opportunities for these gaming aspirants to demonstrate their talents on an International level and grab a plethora of opportunities. I strongly believe E-sports should be promoted as a separate category following the lines of other prominent sports like cricket, football, hockey etc.”
Sanath participated in the developers meet, one of the exclusive highlights of this year’s Video Game Festival and also launched a new game, Dream Run, developed by Dumadu Games at the fest. A special session "Sanath Cricket Zone" was organized at the venue where he played cricket with the other players at the venue. across the country attended .
Posted by Unknown at 02:32